One year ago today, I stepped off the ferry from Athens to spend a long weekend on the island of Hydra with my parents, brother and sister-in-law. No kids, no work – it was a true escape! Yδρα, pronounced [ˈiðra] in modern Greek) is one of the Saronic Islands of Greece, located in the Aegean Sea between the Saronic Gulf and the Argolic Gulf. It is separated from the Peloponnese by narrow strip of water. It’s an easy ferry ride, only a couple of hours from Athens. The island has a storied maritime tradition and became a center of power and wealth in the 18th century due to the shipping industry. Hydra played a major role in the Greek Revolution against the Ottoman Empire in 1821.

There is one main town, known simply as Hydra Port, with a population just shy of 2,000.  Tourists generally arrive by cruise ship, ferry or yacht. Most only come for the day and don’t venture far from the shops and restaurants on the harbor.

Steep stone streets lead up and outwards from the harbor area. Most of the local residences on the island are located on these streets.

I was told that the only motorized vehicle on the island is the town’s garbage truck.Instead of cars, the locals use donkeys. My parents spotted donkeys hauling everything from a refrigerator to a coffin. (This guy was eating his lunch.)

There are many churches and monasteries on Hydra.  Unfortunately, I visited a few weeks too late to celebrate the Greek Orthodox Easter.  I loved the colors on this little church, which I could see from the window of the house we stayed in.

I thought perhaps that the island was named after the Hydra in Greek myths, the gigantic monster with nine heads that grew back when you cut them off. The destruction of Hydra was one of the 12 Labors of Hercules, but it turns out that it has no relation to the island. In ancient times, the island was known as Hydrea (Υδρέα, derived from the Greek word for “water”), which was a reference to the springs on the island. Ironically, the springs have dried up and water now arrives by ship to supplement the rainfall captured in cisterns.

Hydra is knownfor its windmills.

Hydra is also known for its large population of feral cats.

A point of pride, I presume!

One thing that Hydra is not known for is its beaches. The travel sites all say there is only one decent beach on the island.  While it’s true that the beaches are rocky, it also means that the water is crystalline; snorkeling is fantastic on Hydra!  Just a few yards from shore, the ground drops away dramatically and you can see amazing fish, sea urchins, and other sea creatures.

Going to a new place and learning about its history and people – that’s my idea of a great escape!

This post is a response to the Weekly Photo Challenge: Escape. Read more entries here!

(I also wrote a post about human rights in Greece.  Check it out! The Other Greek Crisis: Xenophobia and Mass Detention. 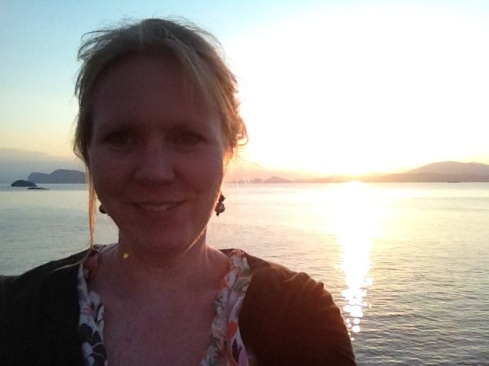 19 thoughts on “Escape to Hydra”