What do you say to a child who has experienced child labor? I found myself in this position in Nepal recently. I was interviewing a teenager, who I will call Shree.  He described how as a little boy he had worked with his parents in the brick factories of Bhaktapur, rising at 1 a.m. to carry mud and mix bricks. Luckily, when he was 7, a school opened in in his community to provide Shree and other children at risk of child labor a free education, as well as the chance for a childhood and a promising future.

The Sankhu-Palubari Community School (SPCS) was launched in 1999 by The Advocates for Human Rights, a nonprofit organization based in the Twin Cities, to provide an alternative to child labor. Now, 14 years later, about 350 students are enrolled in grades pre-K through 10 at the school, which is located about an hour from the capital city of Kathmandu. Many of the students are from families that are low-caste, indigenous, or other marginalized groups.

The International Labour Organization (ILO) estimates that 215 million girls and boys around the world are swept up into child labor, some into human trafficking. Children, like Shree, are engaged in work that not only deprives them of their rights and an adequate education, but also is hazardous to their health and commits them to a life of poverty.

The ILO launched the first World Day Against Child Labour in 2002 to highlight the plight of these children. Observed on June 12, the day works as a catalyst for the growing worldwide movement against child labor.

When in his final year at Sankhu-Palubari, Shree, one of the best students in the area, passed his 10th grade School Leaving Certificate exam with distinction. When I met him recently, he was in his his last year of high school.  He likes to write poetry and listen to music. In the afternoons, he volunteers at SPCS, the school that changed the course of his life and where his two younger brothers now study instead of working in the brick factories. He helps the teachers in the classroom and encourages the students to study hard. When they get discouraged, he tells them, “Choose the road that makes your future very bright.”

The bright future Shree envisions for himself is to continue his education after high school and become a math and science teacher to work in rural Nepal with children who, without a school and teachers, would most likely work instead of learn.

Through his deeds and goals, Shree is telling these children that he is working to break this cycle of abuse.

For you and me, I say that we speak with a loud, unified voice today and proclaim, “We are committed to protecting you, the world’s children, by ending child labor.”

Then, we put our words into action.

Originally published in MinnPost on June 12, 2013.

Today, on the World Day Against Child Labour, I am sharing this post that I wrote for World Moms Blog. 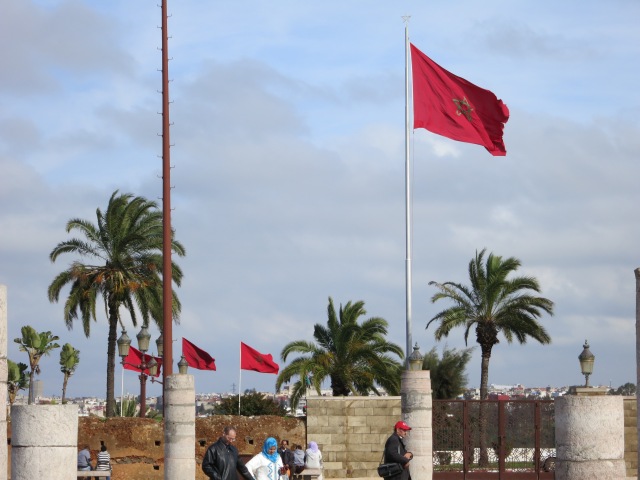 While millions of tourists visit Morocco every year, very few are aware of  a hidden human rights abuse that is occurring behind closed doors in Morocco’s cities.   Morocco has one of the worst child domestic labor problems in North Africa.  The International Labour Organization (ILO) has estimated that between 66,000 and 88,000 children between the ages of 7 and 15 – 70% of whom are under age 12 –  are working as domestic servants in Morocco.

I had the opportunity to learn more about the petites bonnes issue during a recent trip to Morocco.  The United States Department of Labor’s Bureau of International Labor Affairs describes the problem like this:

Young girls are sent to work as live-in domestic servants, often before they reach age 10. Parents sell their daughters or receive payment of wages in exchange for their daughters’ service. These petites bonnes (little maids) often face conditions of involuntary servitude, including long hours without breaks; physical, verbal and sexual abuse; withheld wages and even restrictions on their movement. Frequently, they are sent from rural villages to more urban areas, and ﬁnd it difficult to make their way home. Most petites bonnes are denied an education, and illiteracy rates are high among this population.

The Difficult Life of a Petite Bonne

The situation of petites bonnes in Morocco results from a combination of poverty, gender inequality and lack of access to education.   Girls – some as young as my own  8-year-old daughter – are sent to work as petites bonnes to generate income to support their families.  They come from poor rural areas to work in cities such as Casablanca, Rabat, Marrakech, Tangiers, Agadir, and Fes.  Intermediaries generally broker the arrangement, receiving a fee from the employer. Petites bonnes interviewed by Human Rights Watch reported that their employers frequently beat and verbally abused them, denied them the chance to go to school, and sometimes even refused to provide them with adequate food and sleeping facilities.

In a strange city, separated from their families and often speaking a Berber language instead of the Arabic spoken by a majority of Moroccans, many petites bonnes are extremely isolated and vulnerable.  The isolation, along with the privacy of the homes, increases the chance of sexual abuse by male members of their employers’ household.  In fact, several studies have found that many unwed young mothers in shelters in Morocco were petites bonnes when they became pregnant.

The difficult life of a petite bonne sometimes ends tragically.  The widely reported story of little Khadija, an 11-year-old petite bonne who was beaten to death by her employer in July 2011, raised calls for the government to take action on the issue.  In January 2013, a 17 year old petite bonne in Casablanca attempted suicide by jumping from the fourth floor of her employers’ home.  Amateur video of the suicide attempt circulated on the internet shocked Moroccans.  Most recently, on March 24, 2013, a young domestic worker was taken to the hospital in Agadir with third degree burns on multiple parts of her body.  Only 14 years old, she died from the injuries allegedly inflicted by her employers, prompting a UN representative in Morocco to decry child domestic labor by girls as “one of the worst forms of child exploitation” and call on the government to take action.  Yet thousands of petites bonnes in Morocco continue to suffer in silence.

According to NGOs working to help petites bonnes in Morocco, part of the problem relates to gaps in and difficulties with implementation of Moroccan laws.   While Moroccan law prohibits employment of children under the age of 15,  Morocco’s Labor Code does not apply to domestic work.  Therefore, the Labor Codes’ protections for workers regarding hours worked (44 hours per week) and pay (2,333 dirhams or approximately $261 per month) do not apply. Human Rights Watch has documented that petites bonnes work long hours, often seven days a week.  They earn an average of 545 dirhams (approximately $61) per month, but some earn as little as 100 dirhans (approximately $11).

In addition, Morocco ratified the Convention on the Rights of the Child (CRC) in 1993 and the ILO Convention No 182 on the Worst Forms of Child Labor.  Both international treaties prohibit economic exploitation and employment of children in work that is likely to be hazardous, interfere with their education, or harm their health, safety or development.  Unfortunately, neither have been implemented in a way that provides adequate protection to the petites bonnes.

There is some indication that things are starting to change in Morocco.  The government and international human rights organizations report that the number of girls working as petites bonnes is declining.  This is due in part to the fact that public awareness about the problems faced by petites bonnes has been raised because of increased media attention to the issue and public education campaigns undertaken by the Moroccan government, NGOs, and United Nations agencies.   The Moroccan government has also taken steps to increase school enrollment and this has helped reduce the number of children engaged in child labor.

Yet still more needs to be done.  Since 2006, the government has been working on a draft law on domestic work that would for the first time establish a legal framework to better protect petites bonnes, secure rights such as a weekly day of rest and annual leave, and impose sanctions on employers.  The Moroccan government has said that the draft Law on Domestic Workers is one of its priorities, but the bill has not yet been considered and passed by Parliament.

The problem of child domestic workers is not unique to Morocco.  In fact, there are an estimated 15.5 million child domestic workers worldwide.  The widespread use of children as domestic servants is one of the most hidden forms of child labor.  The exploitation of children, particularly girl domestic workers like petites bonnes, is a serious violation of children’s rights.  It perpetuates inequality and inter-generational poverty, and deprives girls of their right to education, health, participation and protection.  It also prevents children from acquiring the life skills and education necessary to improve their future.

To draw attention to the issue of child labor, the United Nations has recognized June 12 as the World Day Against Child Labour.  In 2013, the focus is on child domestic workers like the petites bonnes of Morocco.  On the 2013 World Day Against Child Labour, the international community is calling for legislative and policy reforms to ensure the elimination of child labor in domestic work and the provision of decent work conditions and appropriate protection to young workers in domestic work who have reached the legal working age.  In Morocco, the government should:

•    Strictly enforce the minimum age of 15 for all employment (including domestic work) and ensure that all children (particularly girls) enjoy the right to free and compulsory basic education;

•    Create an effective system for identifying, removing and rehabilitating child domestic workers from illegal or abusive employment; and

In addition, the World Day Against Child Labour provides the opportunity for all of us to take action to build the worldwide movement against child labor.

Take Action to end child labor.  Learn what you can do to inform yourself and raise awareness in your community.  The ILO’s SCREAM (Supporting Children’s Rights through Education, the Arts and Media) programme has factsheets, presentations, postcards, poems, and more. The SCREAM education pack is available in multiple languages.

Join the 12to12 to End Child Labour community.  Learn more about the issue and join the 12to12 Community Portal, which provides a common platform for experience and knowledge sharing on research, activities and events  related to the World Day Against Child Labour.

Find out what kids and teens can do to help.  The ILO’s Youth in Action against Child Labour campaign has ideas, information,  videos and other resources to help young people take action to end child labor.